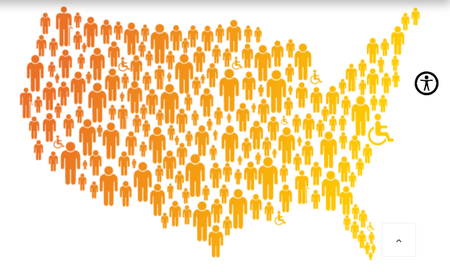 You Count! Be Counted.

The 2020 Census is quickly approaching, and it is important that people with disabilities and their families are ready to be counted!

Every 10 years, everyone in the United States is counted through the census. It is important that everyone is counted because the census data impacts many key things. For example, the census data is used to figure out how much money state and local governments get for Medicaid, housing vouchers, the Supplemental Nutrition Assistance Program (SNAP), and education programs. When there isn’t enough money, services and programs for people with disabilities can be cut. Census data is also used to determine how many representatives each state gets in the House of Representatives.

This form needs Javascript to display, which your browser doesn't support. Sign up here instead
Close